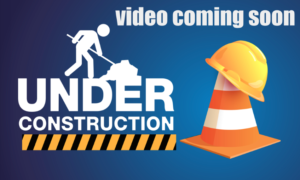 Syphilis is a sexually transmitted infection. It is caused by the bacterium called Treponema pallidum, and it can affect the whole body. This infection is currently on the increase in different areas of the world, including Quebec. It mainly affects MWHSWM (men who have sex with men).

How do you get Syphilis ?

What are the symptoms of Syphilis ?

Often there are no symptoms.

When symptoms are present, they are the same in men and women, and vary according to the stage of the infection.

First stage, or Primary syphilis: (from 3 to 90 days after onset of the infection):

Presence of a painless ulcer, or chancre, on the genitalia, anus, mouth or throat. Ulcers may disappear after approximately 3 weeks, but the infection is still present.

Second stage, or Secondary syphilis (from 2 weeks to 6 months after onset of the infection):

If untreated, the person will have a period of the illness called latent (hidden) syphilis. This means that all the signs of the disease go away, but the disease is still very much there, and the infected person is still contagious. The infection can then only be detected by a blood test.

Third stage, or Tertiary syphilis (from 1 year to over 20 years after the initial infection):

What are the possible complications of Syphilis ?

If left untreated, the disease spreads from one stage to the next, and becomes more and more difficult to treat. It can even cause death.

How is Syphilis diagnosed ?

Diagnosis is done by taking a blood sample. It is important to be tested often, especially when engaging in at-risk sexual behaviour.

What is the treatment for Syphilis ?

Syphilis is treated with antibiotics prescribed by a health-care professional. There may be side effects. Treatment is free in Quebec for the infected person and his or her partner(s), who must also be treated. Antibiotics cure syphilis but do not cure the damage to the skin or other parts of the body caused by the disease. With early treatment, syphilis can be easily cured.

How can Syphilis be prevented ?

What are the risks for HIV-positive people ?

Reporting of syphilis is compulsory in Quebec.* Therefore, doctors who diagnose Syphilis must inform the Public Health Department of their region.

A public health professional will offer support in identifying and informing sexual partners up to 6 weeks prior to the appearance of the first symptoms. If the person with syphilis is asymptomatic, sexual partners from even earlier must also be informed.